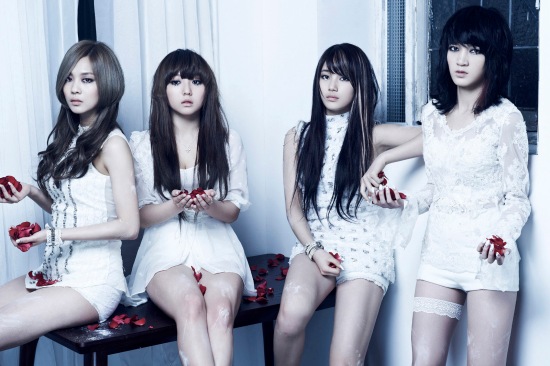 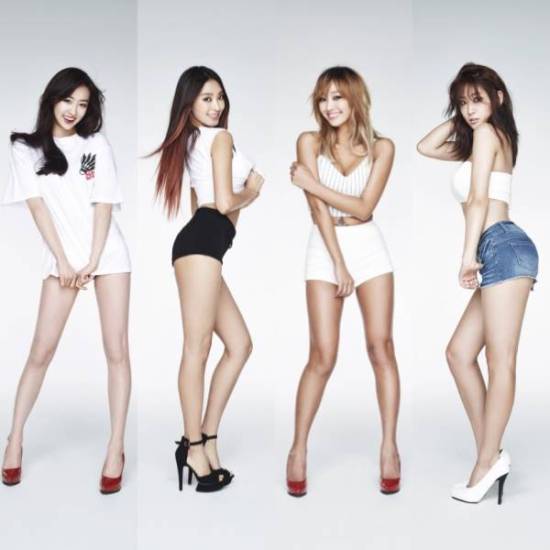 The preliminary rounds in the battle of the girls are now drawing to a close as the second to last preliminary group is now ready to battle it out for their spots in the semifinals. These are three very different groups, with completely different strengths, so I’m very excited to see how this all turn out.

Jia is a slightly weaker singer than the other three but besides that I’ve always seen Miss A as a very evenly talented group when it comes to singing. Personally I’ve always thought of Min as the mainest of the vocals, no matter how heavily featured Suzy is. Her voice is stronger and with more flavor and she’s more stable than her more popular counterpart, and she’s the only one that can come even slightly close to rivaling Suzy’s amount of lines.

Hyorin is a glorious singer. Personally I’ve never fallen in love with her particular vocal color, but there are really no arguments I can put to you to try and claim that she’s not amazing. Just stunning, and she can do both softer and more airy singing and belting very well.

As I put it the last time I mentioned this cover; her English may not be perfect, but her singing is. “Let It Go” is one of those songs that basically everyone has covered, but hers is more or less the best I’ve heard. She has the right vocal tone and doesn’t make the song too high-pitched, which has been my problem with the other kpop ladies who’ve covered it. SPICA is a very vocally talented group, and since Bohyung is their very best, I’m more than happy to call her my bias.

I think of Miss A as being masters at pairing song with choreography, and the two always go perfectly hand in hand. Which makes it difficult for me to choose just one to represent them, because they’re all perfect and go absurdly well with their songs. I settled on “Hush” because among all the amazing choreographies Miss A have had, I think I liked this one the very most. I liked the use of the frame and the drapes and the way they pulled on each other. I like that it’s seemingly simple but that I most certainly can not ever look as good as Jia does holding myself up like that.

I’m not entirely sure why this one happens to be my SISTAR choreography. It’s really quite simple and very repetitive and SISTAR definitely have more advanced and intense choreographies in their repertoire. But this one makes me happy! It looks like fun and it goes perfectly with the summery feel of the song. Plus the fact that it is pretty simple gives me hope that I might one day actually manage to learn it.

This is SPICA’s most fun and light-hearted single to date and it’s also their most bright and happy dance. SPICA really aren’t a very dance-focused group, but they can still hold themselves in that area, and have put out some nice dances. This, is my favorite. It’s one of their more complex dances, and I really like the way they look like they’re having the time of their lives when they perform it. Plus there’s this one step that I just adore. (The one at about 1:07)

In my opinion Jia is absolutely one of the better female rappers in kpop. She has a very interesting and distinct voice, and it’s very far from a stereotypical kpop voice, and I find her pleasant to listen to. She also has a style and an attitude that I really like.

Bora isn’t terrible, but no matter how much I adore her I can admit that she isn’t a flawless rapper. I don’t find her too cringeworthy but I can’t claim that she hasn’t made me cringe at least a little bit now and again. Because she has. Once. Okay twice.

Just as SPICA is an underrated group in general, Sihyun is for sure an underrated female rapper. I always find her raps on point and they differ a huge deal from song to song, while still being her. It shows a flexibility but still a mark that many less talented kpop rappers lack.

These results mean that SPICA and Miss A have qualified for the semifinals but that SISTAR have sadly been eliminated.

This was the second hardest of the preliminary groups so far, and it was very close to being the hardest. So even though SISTAR is a great group and immensely talented… Well, in this group they weren’t even enough. If you were pissed off at my choices and mad at the elimination, head on down to the polls and vote for how it all should have been!

Leave a Reply to Admin A Cancel reply